The Irish course is similar to the major championship Straits course next door except the fairways are twice as wide and the price is less than half. It's a no brainer. 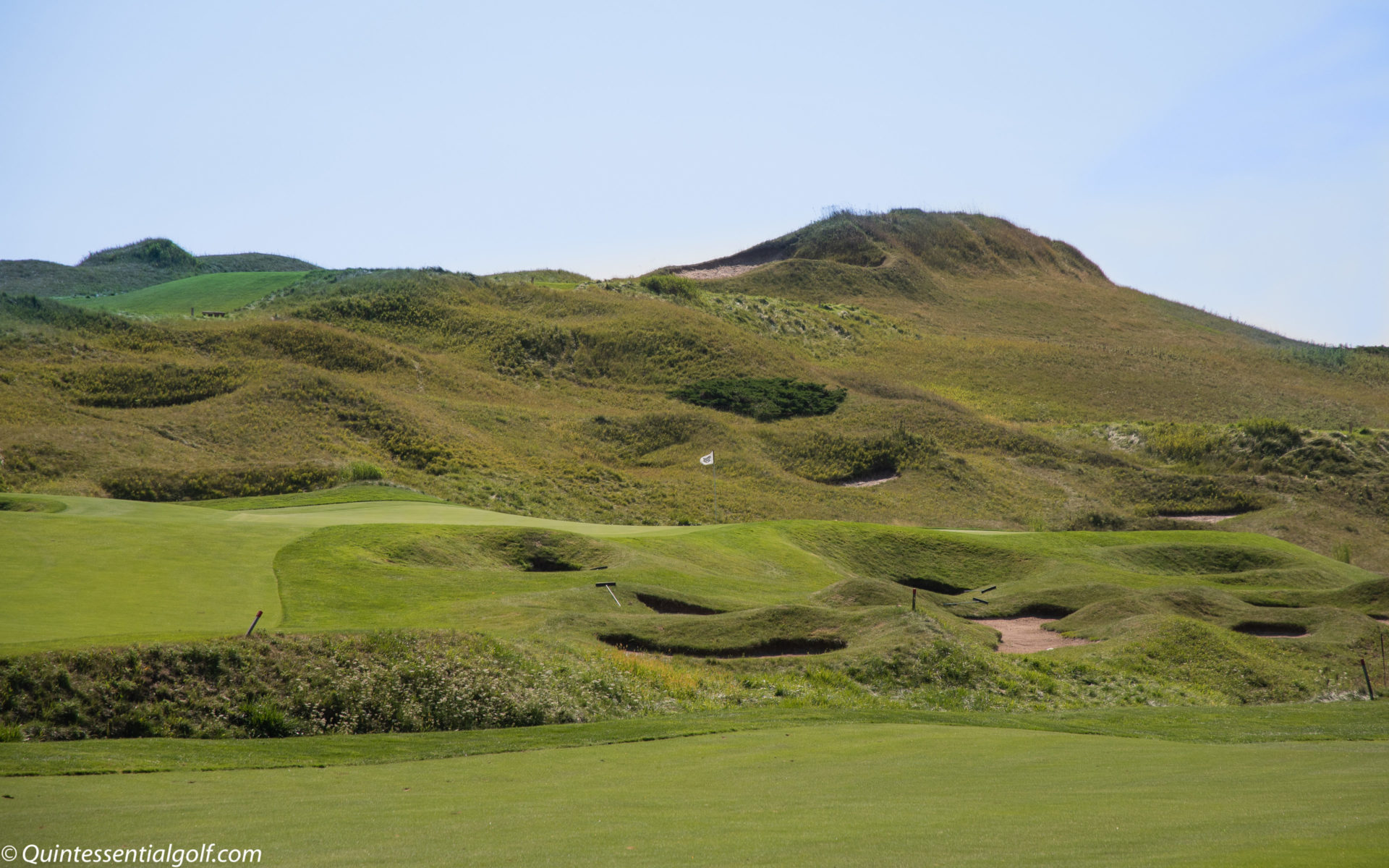 Whistling Straits Irish Course is more forgiving than the world renown Straits course. Both courses designed by Pete and Alice Dye are similar links designs.  The Straits Course is one of the most renowned golf courses in the nation having hosted three PGA championships and is the future site of the 2020 Ryder Cup.

Over 135 years ago, John Kohler founded the Kohler Company best known for its plumbing fixtures. The five star American Club opened in 1918, now recognized as one of the finest golf resorts in the country.   One of the first master planned communities, the Village of Kohler surrounds the Club.  The first golf destination at Kohler is Blackwolf Run. Opened in 1988 with two traditional golf courses, it’s five miles from Lake Michigan. The second destination, Whistling Straits, opened in 1998 directly on Lake Michigan modeled after the best links courses in the UK.

The Straits course is closest to Lake Michigan.  Eight holes hug the lake providing incredible views and swirling winds. Whistling Straits Irish course runs along the Straits course with selected views of the lake on the back nine.

We also didn’t expect to find such lush fairways providing a stark color contrast to the brownish grassy dunes.  Be sure to stop a the rustic halfway house built into the hill between eight green and ninth tee.

If you need to play the Straits course since it’s the host of the next Ryder Cup, you’ll spend almost $600 including the caddie tip. If you want a similar experience with much wider fairways and less than half the price, Whistling Straits Irish course is the choice.