In the High Desert of Albuquerque 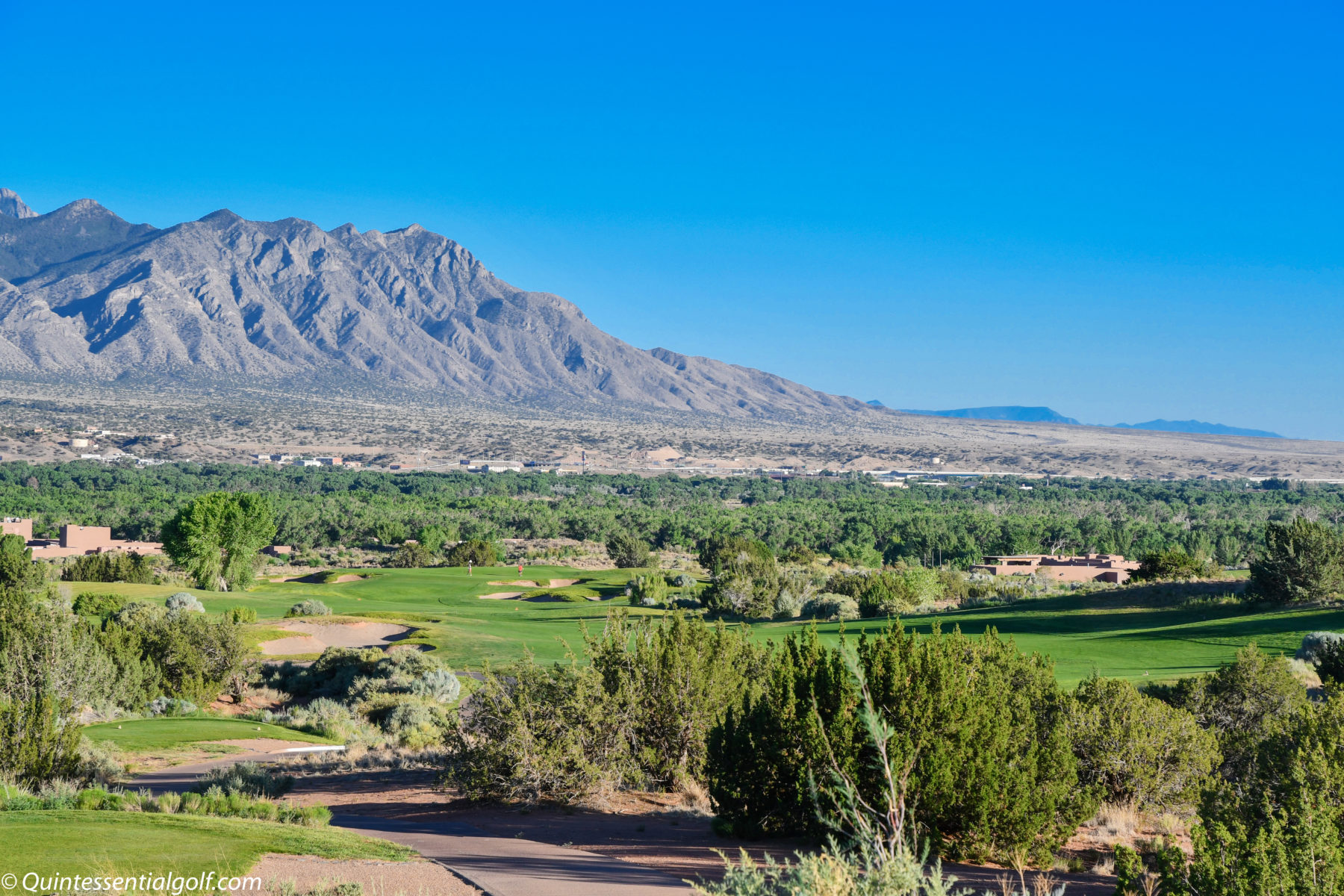 On a visit to see friends in Durango, Colorado we flew to Albuquerque, New Mexico about two hundred and twenty miles to the south.  We knew there were few memorable golf course options near Durango.  But they cluster the best courses in New Mexico around Albuquerque and Santa Fe within ninety miles of each other.

Legend says that two warriors (The Twin Warriors) led the Santa Ana Pueblo to settle in the Rio Grande basin long ago. They route the golf around 20 ancient cultural sites.

This is the high desert, less than 10 inches of rain falls per year.  The elevation in northern New Mexico moderates the climate.  Hence, summer outdoor activities are commonplace.  Temperatures in the upper 80s to low 90s are typical, ten to fifteen degrees cooler that the searing heat of lower desert elevations like Phoenix, Arizona.  I found the area to be a popular destination in the summer.

They name each nine after one of the two warriors – Mase Ewi and Uyuye Ewi.  Distant vistas of the Rio Grande Valley and Sandia Peak abound.  A spacious layout ensures that no two holes run alongside each other.

It’s easy to find yourself among the bushes, rocks and sand of the high desert. Wide and thick rough slow balls heading in the wrong direction.  However, you will find rattlesnakes here so golfer beware when searching for wayward shots.

On the par 4 sixth, deep red rocks jut up behind the green creating a magnificent backdrop.

On the long par 4 tenth hole, a monster barranca cuts across the fairway raising havoc with poorly struck approach shots.

Water comes into play only once on the 160 yard par 3 fourth.

You’ll enjoy the refreshing mix of challenging shot-making through the deep arroyos and forced carries coupled with magnificent valley and mountain views.  With excellent conditioning throughout, it’s easy to see this as one of the top five courses in the state.