The Northern Gateway to the RTJ Trail

In a residential community with the most homes of any course on the Trail. 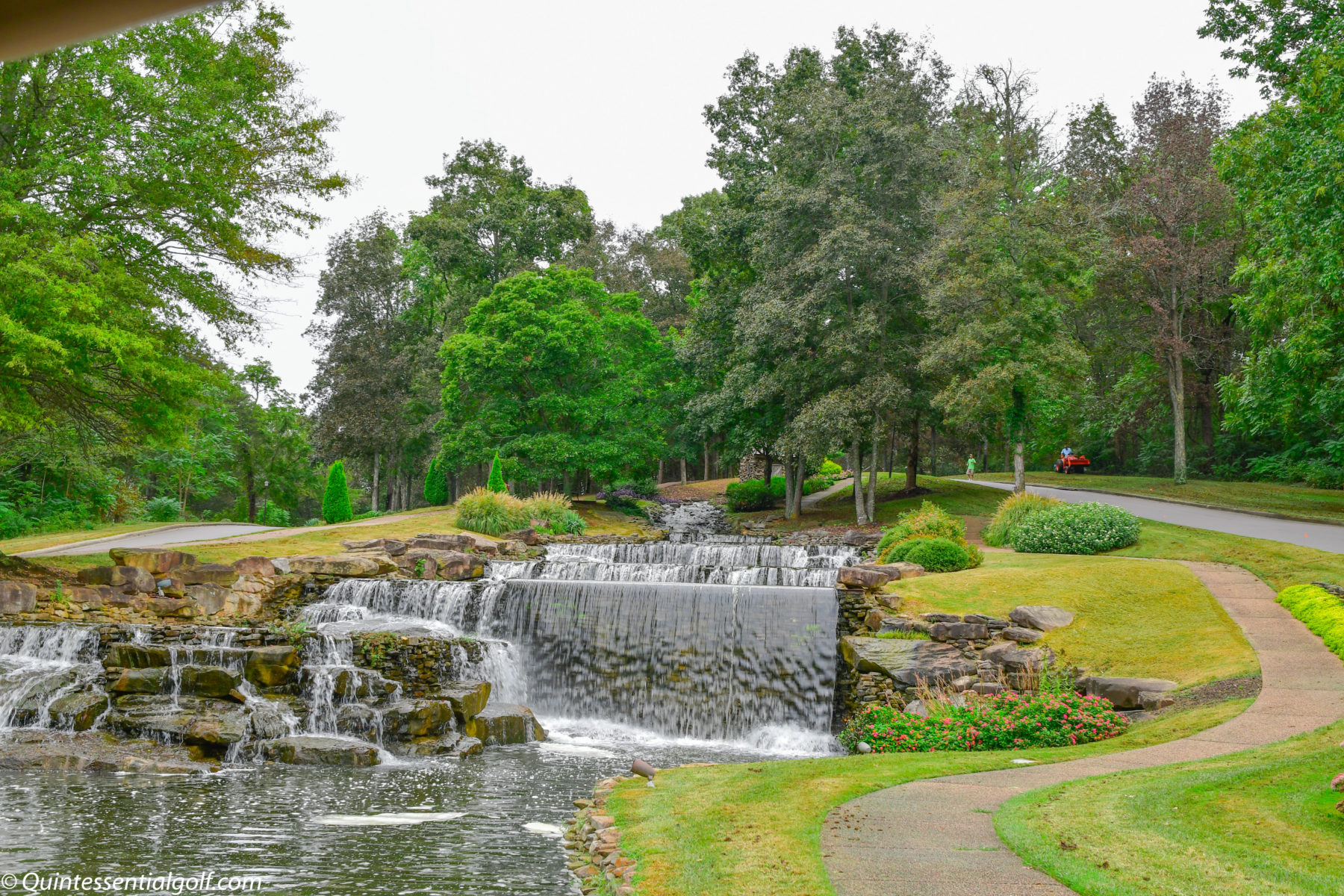 A Scottish Links design, Hampton Cove Highlands Course opened in 1992.  The northern gateway to the RTJ Trail, Hampton Cove near Huntsville, Alabama is a 54-hole facility with terrain that changes from one side of the property to the other.  Two championship courses are the Highlands and the River course.  The short course is aptly called The Short Course.

Opposite in design from the Highlands course is the River course, the only Robert Trent Jones layout without a single bunker. The River Course is a throwback to the way they built courses long ago. They merely pushed the dirt up to create the greens and tees, leaving all else, including massive oak trees, undisturbed.  The Short Course at Hampton Cove is open and links-like, with water in play on 11 holes.

Alabama’s Robert Trent Jones (RTJ) Golf Trail is an assortment of 486 holes of championship golf  over 27 courses on 11 sites across Alabama.  Eight Resort Collection hotels on the Trail are Marriott or Renaissance properties.  The New York Times called the Trail “Some of the Best Public Golf on Earth”.  Dr. David Bronner, CEO of the Retirement Systems of Alabama, had a dream. Invest pension funds and build 26 world class golf courses that would challenge people enough that “they would want to come back and try again”.  He lured the legendary Robert Trent Jones, Sr. out of retirement and the rest is history.

The development of The Trail moved more dirt than the Panama Canal.  It astonished me to learn he opened eighteen courses in two years (1992-1993).  They added three more courses in 1999.  The final six courses opened between 2004-2005.  Bronner thought the courses would attract tourism to Alabama.  He was correct.  I ventured to Alabama to play quality public golf because of The RTJ Trail reputation.

They locate the Highlands course in a residential community with the most homes of any course on the Trail.  Surrounding wooded hillsides provide a scenic backdrop.   The back nine layout has holes traverse to each other and many fewer homes.  One of the most recognizable landmarks on the Trail is the old mule barn beside the fifth hole.

A mixture of open and tree-lined holes incorporates water and ample mounding and some elevation. It’s a little of everything. Long waving grasses frame beautiful rolling terrain and hundreds of black pines, oaks and crepe myrtles in the distance create beautiful golf holes.

The finishing holes are perhaps the most scenic and challenging.

Hole 17 Par5 Purple 621 yards, Orange 570 yards.  A monster Par5 with water running on the right side. Players need two good shots to set up an approach over water to a peninsula green.

Hampton Cove Highlands isn’t a strong links course. It also doesn’t hold up to the scenic and challenge standards of the remaining Trail courses.