No. 1 Public Course in Alabama

One of the most incredible opening holes in all of golf. 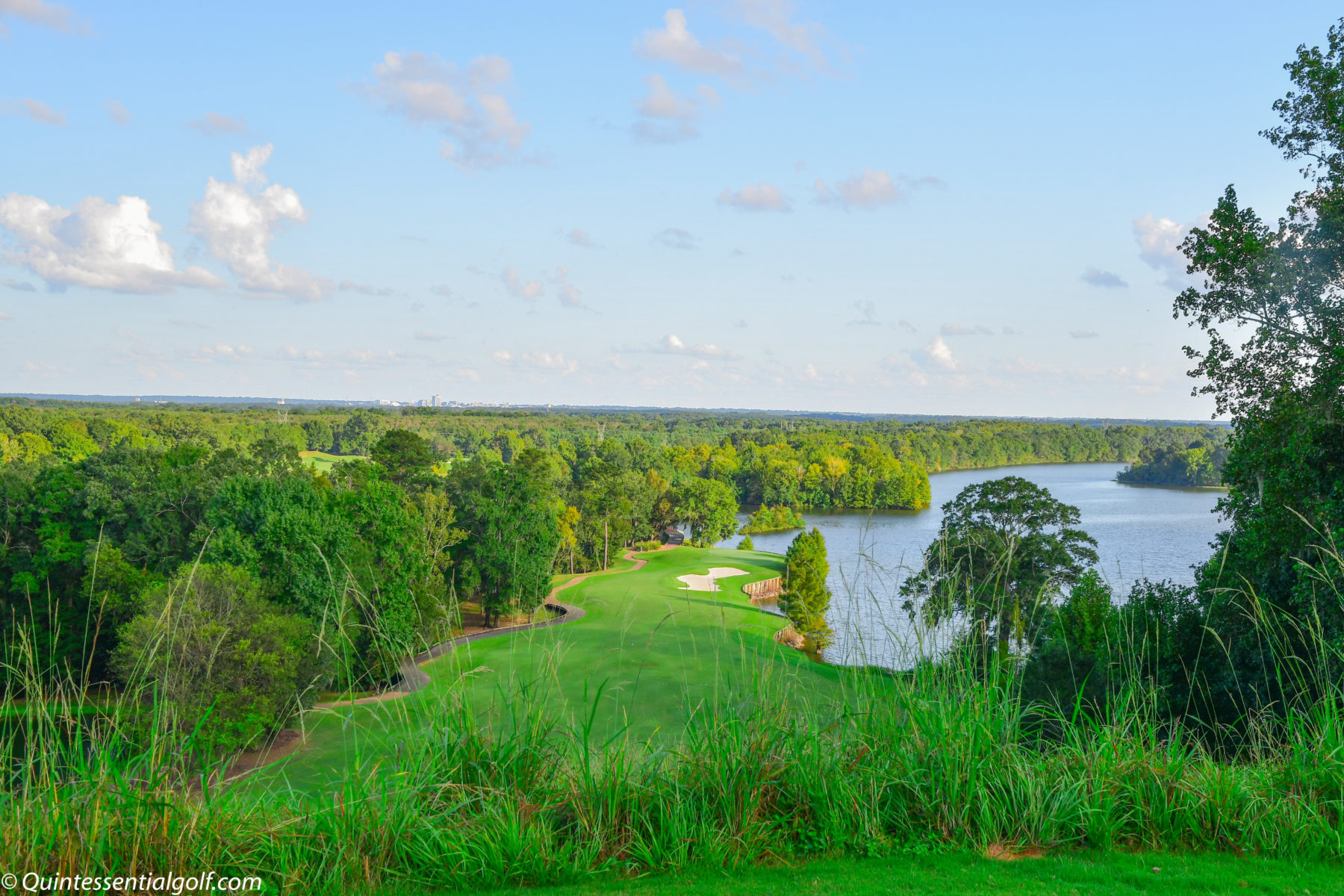 Stunning vistas alongside glistening backwaters of the Alabama River captivated me at the Capital Hill Judge course.  Capitol Hill features three 18-hole championship courses, Judge, Legislator and Senator.  With over 1,500 acres of golf and nature, the pure magnitude of this facility is amazing and allows each course to be drastically different from the others.

Capitol Hill Judge offers stunning vistas alongside the glistening backwaters of the Alabama River. With 14 holes adjoining the water and a stunning bulkhead island green, the Judge as magnificent.  The Legislator, a more traditional course, plays in and out of pine trees and along a bluff. The view riding down the “Sky Bridge” for holes in a native cypress swamp is impressive.  The Senator, a Scottish-Links style course with beautifully manicured Champion greens, holds over 160 pot-hole bunkers and mounds 20 to 40 feet in height to create a secluded setting for each hole.

Golf Magazine called the Judge course one of the 10 public courses in America worthy of hosting the U.S. Open. They named the Senator course among the Top 10 New Courses in the nation by Golf Magazine.

Alabama’s Robert Trent Jones (RTJ) Golf Trail is an assortment of 486 holes of championship golf  over 27 courses on 11 sites across Alabama.  Eight Resort Collection hotels on the Trail are Marriott or Renaissance properties.  The New York Times called the Trail “Some of the Best Public Golf on Earth”.  Dr. David Bronner, CEO of the Retirement Systems of Alabama, had a dream. Invest pension funds and build 26 world class golf courses that would challenge people enough that “they would want to come back and try again”.  He lured the legendary Robert Trent Jones, Sr. out of retirement and the rest is history.  The development of The Trail moved more dirt than the Panama Canal.  It astonished me to learn he opened eighteen courses in two years (1992-1993).  They added three more courses in 1999.  The final six courses opened between 2004-2005.  Bronner thought the courses would attract tourism to Alabama.  He was correct.  I ventured to Alabama to play quality public golf because of The RTJ Trail reputation.

The first tee hovers 200 feet above the fairway overlooking the river and the Alabama capital city of Montgomery.  It’s one of the most striking and scenic opening holes in all of golf. Water extends down the entire right side.  A silver of green in the distance has marshland left and water right. It’s stunning.

Water from the Alabama River is in play on over half of the holes.  A nice combination of pine trees and hardwoods on other holes completes the remarkable canvass.   This is one of the most scenic courses in the Southeastern United States.

The par3 holes are all memorable with water carries on three of the four.  The entire course sits on a floodplain of river backwaters with large lakes.  Other than hole one (down) and hole eighteen (back up), it’s fairly flat.   It’s a narrow course with forced carries typical of Robert Trent Jones, Sr. designs in this era.

No two holes are the same.  Each has a unique character. Tees, fairways and greens are lush and well manicured. The first cut rough is perfect and easy to extract.  However, errant shots in thicker rough are easily lost.  Mildly undulating greens with occasional ridges are fast.

A spectacular four hundred yard circular driving range in the center of the three golf courses lured me given my love of practicing.  With many greens and dozens of bunkers, the fully grass range is fantastic.

Hole 4 Par5 Purple 579 yards, Orange 548 yards. A monster hole that doglegs left around water to a smallish green.  I need a proper layup shot to set up a reasonable approach shot.

Capital Hill Judge begins with a bang.  The rest of the course is strong with the water holes the most scenic.  It’s worth playing just to experience the first hole.